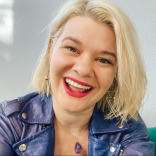 Some people believe that watching horror films has adverse effects on the body. This is because they cause feelings of anxiety and stress. While these experiences can be frightening, they have other benefits too. In many ways, they can help you get rid of stress and increase your resilience. While some people feel stressed after watching a horror film, others report feeling empowered after experiencing it.

A 2012 study found that watching horror films can help you burn calories, similar to walking. Watching an intense horror film can help you burn between 100 and 185 calories, comparable to the number of calories you would burn if you went for a short walk. Jump scares are the most effective calorie burners, as they increase your heart rate the most. The researchers studied people who watched horror movies and recorded their heart rate, oxygen intake, and carbon dioxide output.

The study found that people who watched scary movies had higher heart rates and burned more calories than those who watched non-scary movies. However, the study was not peer-reviewed or published, so it should not be taken seriously. In addition, there are no follow-up studies to verify the findings. This means you are best off not trying to accomplish your weight loss goals while watching horror films. Instead, you should try to get some actual exercise.

A new study suggests that watching scary movies can boost your immune system. The researchers at Coventry University collected blood samples from horror movie fans and found that they had a higher level of white blood cells than those who didn’t watch horror films. The study team attributed this to how the movies stimulated the fight-or-flight response in the participants. This is a natural reaction in humans and helps fight infection.

Moreover, feeling scared is not a bad idea if it helps you get over a stressful situation. While you’re feeling frightened, watch horror movies that give you a sense of excitement. But be careful not to watch scary movies if you are pregnant, a heart patient, or have PTSD.

For some people, the very thought of watching horror movies is enough to make them panic. But for others, this experience is soothing and helps them unwind. Horror films are known to induce the “comedown effect,” which is great for people suffering from high-stress levels. They also have predictable plots, which keep the viewer’s attention glued to the screen.

The scary content of these movies affects the limbic system, which is responsible for detecting and reacting to negative emotions. It also prepares viewers for scary events that may not happen. However, the conscious part of the brain recognizes that the scary events in the film are not real, which allows the person to handle the anxiety. This is why some scientists believe watching horror films could help people suffering from anxiety disorders relax.

How Counseling Can Help You Heal From Depression

Research has shown that viewing horror films elevates your mood. According to fear researcher Margee Kerr, who wrote a book and delivered a TED talk about the hit horror movie Scream, the films temporarily flood your brain with neurotransmitters and hormones that create a mild euphoria. This effect can be comparable to the one you get from a roller coaster ride. Horror films also increase adrenaline levels in the blood. Adrenaline helps protect your body from stress, and it helps you fight off depression and anxiety.

A new study has explored the relationship between the emotional impact of watching horror films and how people respond to others. According to the findings, when a person experiences a frightful or frightening event, their body automatically triggers a fight-or-flight response. This response slows digestion and shunts blood to the muscles of the body. It also increases empathy and responsiveness to other people’s distress.

Humans are unique among creatures because we have solid memory and imagination. We can create vivid memories of frightening things we see on screen, even if they are poorly directed. This innate ability is also part of what sets humans apart from other animals. 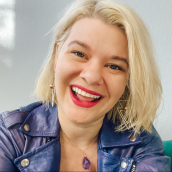 How To Do a Mung Bean Kitchari Cleanse

Is Weed Legal in New Hampshire?

25 Of The Most Interesting Cannabis Facts

4 Steps To Healing Your Gut and Managing Autoimmune Disease

3 Easy Ways To Put Yourself in a Good Mood